Convensa, Contratas y Ventas has participated in the execution of more than 850 kilometers of high speed platform and more than 200 kilometres of conventional lines. The railway company of the FCC Group has contributed to the construction and development of different high-speed stations: Madrid-Puerta de Atocha, Santa Justa in Seville, Zaragoza-Delicias, Urzaiz in Vigo and La Sagrera in Barcelona. It has also developed conventional line stations such as the Aravaca station in Madrid, or the intermodal commuter station of the Puerta del Sol-Gran Vía, the world record in terms of the dimensions of the cavern since it is the largest excavated in floor. 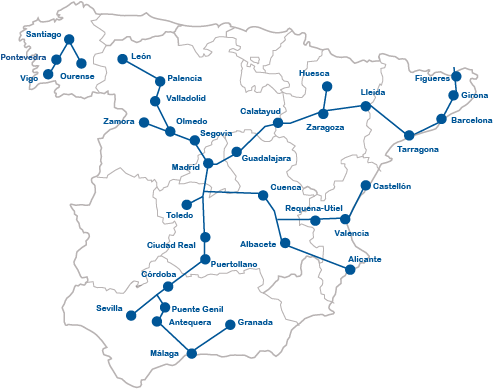 At present, the following works in execution stand out: