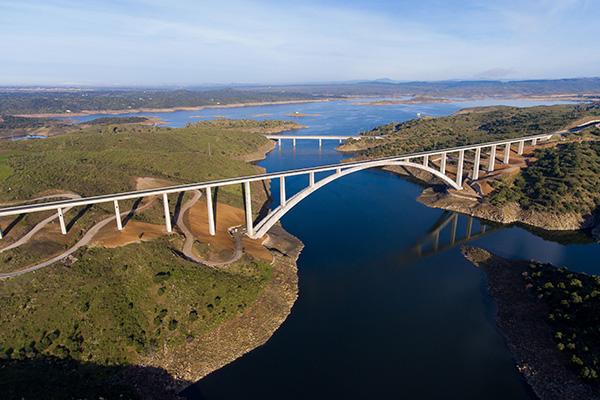 FCC Construcción and Convensa participate in the commissioning of the first phase of the Extremadura High-Speed Corridor. An infrastructure of 150 kilometers in length between Plasencia and Badajoz, passing through Cáceres and Mérida, and which represents an investment of 1,700 million euros. The Madrid-Extremadura High-Speed Line (437 kilometres), which Adif AV is developing with an estimated investment of more than 3,700 million, forms part of the Atlantic Corridor and will be completed with two other sections: Madrid-Oropesa and Tayuela-Plasencia, the latter in action.

Within the actions of this first phase of the Extremadura High-Speed Corridor, FCC Construcción and its subsidiary Convensa have carried out different and relevant works, among which we highlight: