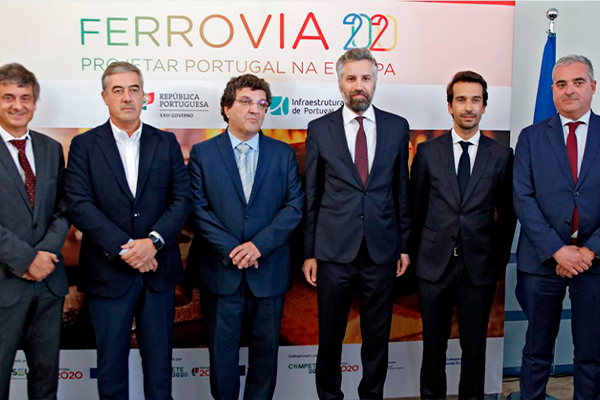 FCC Construcción, Convensa and RRC have started the contract for the modernization of the railway line on the West Line between Torres Vedras and Caldas da Rainha (Portugal).

The signing ceremony of the consignment document, which marks the beginning of the work, was attended by the Minister of Infrastructure and Housing, Pedro Nuno Santos, and the Vice-President of Infraestruturas de Portugal, Carlos Fernandes.

The project aims to reinforce the capacity and efficiency of the rail transport service, improving availability levels and reducing travel times. The enable of the Oeste Line, up to Caldas da Rainha, for the use of electric traction rolling stock, modern signalling and telecommunications systems and the optimization of the track layout, will make it possible to reduce travel time between Caldas da Rainha – Lisbon and Torres Vedras – Lisbon in about 30 minutes.

The contract to modernize the Oeste Line between Torres Vedras and Caldas da Rainha consists of the full electrification of the section and modernization of the track over a 44-kilometre extension, also involving the execution of the following works: