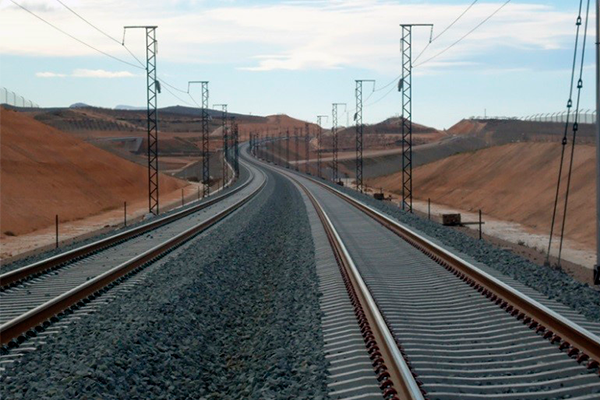 Convensa, the FCC Group railway company has won the construction contract for the Totana-Murcia platform of the Murcia-Almería High Speed Line.

The project has a budget of 59.2 million euros and a construction scope of a section of 13.35 kilometers located in the Autonomous Region of Murcia. The most significant structures will be a viaduct, five overpasses to cross roads and paths, a pedestrian underpass, a pedestrian walkway, the extension of the La Hoya station and the construction of a new station in Lorca.

The objective of the project is to generate in this section a railway platform for double track that allows the circulation of trains at speeds of up to 300 km / h. These actions are part of Adif's commitment to guarantee the full integration and permeability of the new railway infrastructures in the territories through which they run, as well as to increase the reliability of railway traffic and passenger comfort.

In this way the FCC group will be present again, in the works of the Murcia-Almeria High Speed Line after having previously executed the Alhama-Totana section and the Sorbas-Barranco de los Gafarillos tunnels section. The construction area has executed more than 350 kilometers of high speed, which represents more than 30% of high speed development in Spain, which is the second most important network in the world, behind China.